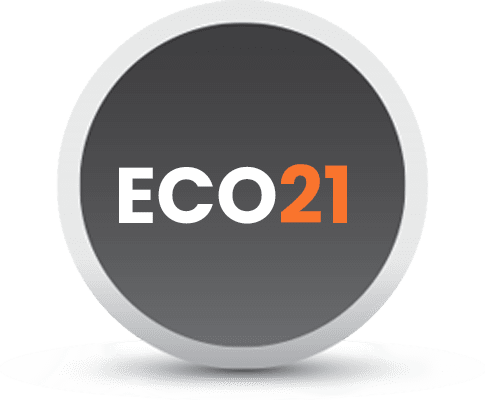 In this course, Dr. Ammous teaches the material of his book The Bitcoin Standard, along with the most important background reading that influenced the book, particularly from Austrian school economics. A 1-hour lecture is delivered online once a week, for 10 weeks.

You can see the full course syllabus here.

This course is taught through ten lectures, lasting 1 hour each. This course is now available to all members of academy.saifedean.com, along with Saifedean’s three online courses, and access to the drafts of The Fiat Standard and Principles of Economics. Click below to subscribe, or make a one-time purchase allowing you access for a year.

You are also welcome to join two weekly discussion seminars to discuss the material of the course, as well as a wide variety of topics, along with occasional special guests.

The course begins by explaining the Austrian school’s understanding of money, based on the work of Carl Menger, and his identification of salability as the key feature of money. We then introduce the concept of sound money, as elucidated by Ludwig von Mises and Joseph Salerno, and outline its meaning and implications.

The salability of different forms of money is compared, and the book introduces the hypothesis that intertemporal salability, the ability of a money to hold on to its value across time, is the key property that allows a good to assume a monetary role. We discuss primitive forms of money and how their use always coincided with there being a limitations on the ability to produce them quickly. To quantify salability, I suggest the use of the stock-to-flow metric, which is a ratio of the total existing stockpiles of a good to the total annual new production. In this course, we get into a lot of detail, not present in the book, on the calculation of the stock-to-flow ratio of different metals. We further explain why mining gold in space is unlikely to undermine gold’s monetary role.

Gold and silver are the two only metals with a stock-to-flow ratio significantly higher than 1, and the book argues this is the cause of their acquiring monetary status on the free market. The same analysis is applied to government currencies, where we find the same relationship holds. Money that is harder to produce, with a higher stock-to-flow ratio, continues to grow in value more than money that is easier to produce.

The book then discusses the relationship between the hardness of money and time preference, the degree to which an individual discounts the future, and a measure of present-orientation as opposed to long-term orientation. In this course, I explain in detail why I think time preference is the most important concept to learn in economics, and why it is inextricably linked to savings, capital accumulation, technological innovation, and artistic flourishing.

Lecture 6 then discusses the impact of the hardness of money on its suitability for conducting economic calculation across the economy, and allowing for the coordination of production plans and the development of sophisticated and long supply chains and production structures.

Lecture 7 focuses on the role of sound money in protecting economic freedom and limiting the power of government to launch war and centrally plan and manage the lives of its citizens. We discuss in detail the rationale for governments to control the money supply, and the implications it has on individual freedom and wars.

Lecture 8 introduces the mechanics of the operation of bitcoin, with a focus on its economic properties. How do bitcoin transactions work, and how can they be compared to cash and credit transactions? What are the limits on bitcoin transactions? How does the supply of bitcoin get increased, and what controls this. We focus in particular on discussing bitcoin’s difficulty adjustment, which I argue is the most important innovation in bitcoin, and the secret sauce that makes the whole system work together.

Having explained the basics of how bitcoin operates, Lecture 9 moves to assessing the best uses of bitcoin. Bitcoin is arguably the most advanced technology for storing value in the world, due to it being the first liquid asset that is strictly scarce. By protecting individuals from surreptitious inflation and devaluation, bitcoin can safeguard individual sovereignty in the face of governments which have been able to finance their extravagance at the individual’s expense for a century. Bitcoin also functions as an apolitical alternative to central banks, allowing international movement of capital without needing to resort to the legal, regulatory, and political institutions that are necessary. The lecture then discusses whether bitcoin can serve as the global unit of account.

The final lecture of the course examines important economic questions related to bitcoin, such as bitcoin mining, who controls bitcoin, the scaling of bitcoin, bitcoin’s use for crime, and how bitcoin can be killed. The chapter concludes with discussing other digital currencies and other uses of blockchain technology, elaborating why I think these are useless.

Please confirm you want to block this member.

You will no longer be able to:

Please note: This action will also remove this member from your connections and send a report to the site admin. Please allow a few minutes for this process to complete.

You have already reported this .